This series tells the adventures of little Piripu Bibi. Simple stories told in an invented language: a happy sequence of sounds that invite the adult reader to play with the intonation of the voice, the expressions of the face and body… and thus develop a happy sense of playing together.

THIS IS THE MAGIC OF STORY-TELLING WITHOUT WORDS... 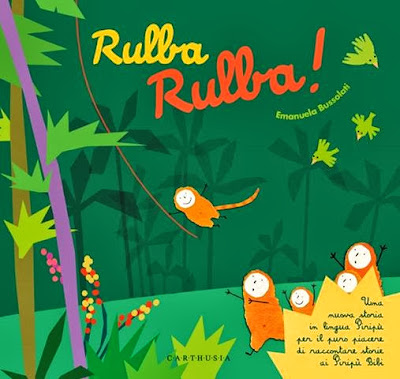 
After the great critical and public success of Tarari Tararera and Badabum, here is a new adventure for Piripu Bibi. This new story talks about the Piripu language, the ancient language used by actors and mimes in the past to make themselves understood everywhere… the old game of “make a sound like…”, interpreting, making people open their eyes wide and hold their breath.

Save the date: from October 24th in all good book shops in Italy

Emanuela Bussolati is one of the most highly considered children’s authors and illustrators.
She is currently working for numerous publishing houses both in Italy and abroad.

Series devised and created by Emanuela Bussolati
Bound and illustrated volume  • 40 pages •  In 23.5 x 25 cm format • Age: from 2 years upwards... and for everyone!

A DAY FULL OF SURPRISES 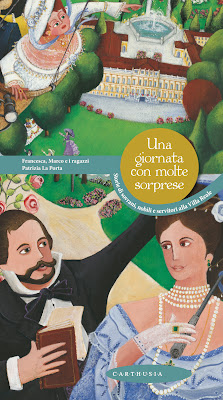 In their grandparents’ attic, Simone and Elena find an old map of the Royal Palace in Monza…. and so, almost as if it was one of Grandpa’s memories, this is how the story starts. It is set in the beautifully decorated halls and splendid gardens of the Royal Palace in Monza at the end of the 19th Century, and with the help of historical characters, imagination and a little curiosity, the reader discovers a day full of lots of entertaining surprises.

The Royal Palace between history and imagination

Patrizia la Porta, Originally from Rome, she now lives and works in Milan. She has illustrated books for numerous publishers both in Italy and abroad. Since 2004 she has taught on a course for illustrators at the European Design Institute in Milan.

The text is by a group of children from the Second and Third classes of the Confalonieri Elementary school in Monza, who have attended a storytelling workshop held by Marco Ravasio, a teacher at the famous Holden School in Turin.

Series: Stories with wings
A series of enthralling illustrated books in which to lose yourself amidst tales, fables, myths and legends, and also to appreciate all the different styles of story-telling.

Other titles in the series: